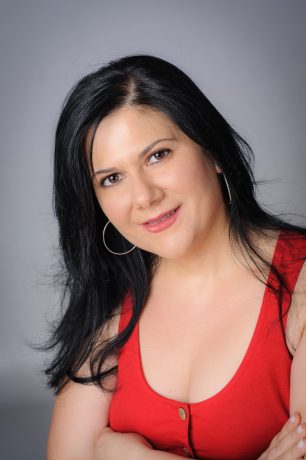 Ahead of our exciting online event ‘European Writers on War and Conflict’ Cypriot writer Constantia Soteriou spoke to translator Lina Protopapa about the process of translating her award-winning short story ‘Death Customs‘: a re-telling of the grief of mothers and wives in Cyprus who discover that the government had evidence of their loved ones’ deaths in the 1974 war, but had led them to believe they were missing.

Constantia Soteriou (CS): Is it necessary for a translator to understand the author’s motivation for writing a story or a novel? Was my motivation clear for you from the beginning?

Lina Protopapa (LP): I think that a good piece of writing tends to speak for itself in a way that makes the motivation of its author of secondary importance. When I was commissioned to translate ‘Death Customs’ for the Commonwealth Short Story Prize, the story was submitted to me anonymously – though I didn’t know who had written it, I felt that the writing spoke for itself quite clearly. Here was a re-telling of the events of the 1960s and 1970s that marked recent Cypriot history; a story that wrote Cypriot (Greek- and Turkish-Cypriot) women back into a history from which they had systematically been excluded; a story, therefore, that mounted a challenge on the hyper-masculine, nationalistic narratives of recent Cypriot history. I knew that by revisiting this recent history, ‘Death Customs’ sought to expand it significantly. These are the aspects of the text that gave me an initial sense of direction. But after that, I had to keep listening to the text, paying attention not just to the meanings of the words but also to the imagery, the sounds, the rhythm. I think that this is what we do, as translators: we keep listening and we keep adapting to the ever-changing needs of the text.

CS: Do you believe that there should be a connection between the author and the translator in order to achieve a good result? Do you think that it is necessary to share the same values and beliefs?

LP: I think that is the ideal way to translate, yes. In the case of ‘Death Customs’, I felt that connection through a kind of ideological affinity with your project – common beliefs, as you say, that appeared in the way you wrote gender, nationalism, the Cyprus question. I think that connection allowed me to understand your work more deeply and therefore to translate it with as much care and nuance as I could.

‘I wanted to prevent the reader from feeling too comfortable in the Englishness of the translation.’

CS: What were the translation challenges that you faced? Was anything lost in translation?

LP: The biggest challenge was how to honour the distinct sense of Cypriotness of the original text. ‘Death Customs’ constantly refers to Cypriot history, to customs, rituals, folklore, and other manifestations of Cypriot culture. A significant part of it is written in the Greek-Cypriot variety – it was clear to me that this was a choice you had not made lightly. I insisted on illuminating the historical and cultural aspects of the text. I added notes to explain folklore elements (Kales Yenejes, Aretousa, Melouzini, etc) and historical events (the military coup, the 1974 invasion). In order to preserve something of the phonological character of Greek-Cypriot, I sometimes kept the sound of original words, transliterating them to the Latin alphabet, (again, Kales Yenejes). In a few cases, I transferred idiomatic phrases and imagery in the most unmediated way possible (‘fighting Charon’ and ‘glimpsing the angels’) – though I knew such phrases would not be immediately clear to the Anglophone reader, I trusted that context would allow the reader to grasp their meaning. While translating from Greek-Cypriot to English, I felt I had to keep in mind the difficult colonial history that these languages carry. This history and the power relations that stem from it made it all the more important for me to ensure I didn’t obliterate difference. I wanted to prevent the reader from feeling too comfortable in the Englishness of the translation. I wanted ‘Death Customs’ to feel as Cypriot as possible. Though some things were definitely lost, I hope that the translation will speak to the Anglophone reader as powerfully as the original spoke to me.

‘This is what we do, as translators: we keep listening and we keep adapting’

Constantia Soteriou has written three novels. Aishe Goes on Vacation and Voices Made of Soil were shortlisted for the Greek and Cypriot National Book Awards. Her short story, ‘Death Customs’, translated into English by Lina Protopapa, was the winner of the 2019 Commonwealth Short Story Prize. Bitter Country, her most recent book, revolves around the final moments of the mother of an eighteen-year-old man who went missing in the 1974 coup d’étatSpasoula is accompanied by a chorus of women who narrate stories and tales, sing songs, and ease her passing by practising the death customs that have been handed down to them by earlier generations of Cypriot women.

Lina Protopapa is a translator based in Nicosia, Cyprus. Her translation of Constantia Soteriou’s ‘Death Customs’ from the Greek received the 2019 Commonwealth Short Story Prize, while her translation of Nikolas Kyriakou’s The Debt was shortlisted for the same prize in 2020.

This conversation was commissioned by the National Centre for Writing and EUNIC London. Constantia Soteriou is appearing at our free online event on Tuesday 6 October 2020 – ‘European Writers on War and Conflict’. Find out more >>