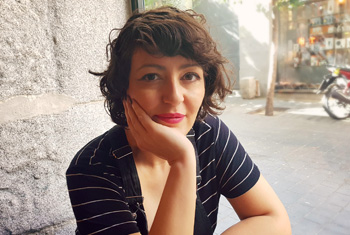 Ana Galvañ is an illustrator and a comic creator from Murcia, a town in the south of Spain. After her time studing at the Faculty of Fine Arts in Valencia, she moved to Madrid, where she worked as Art Director. Later she left advertising to pursue comics and illustration full time. Her work has appeared in publications coordinated by Fantagraphics, Nobrow, Ultrarradio, Vertigo DC, Off Life, Autsáider, Apa-Apa and Fosfatina. Recently, she has published Tarde en McBurger’s, a 64-pages story published by Apa Apa cómics.