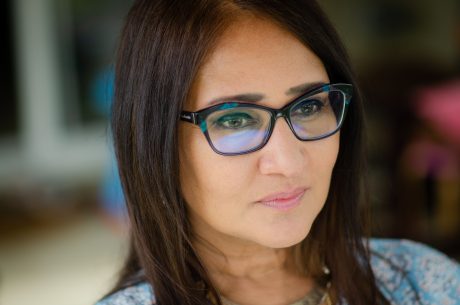 Ananda Devi, born in 1957 in Mauritius, began to be noticed at the age of 15 when she won a prize in an international short-story. She published her first collection of short-stories at the age of 19. Over the next four decades, she has become one of the major literary voices of the Indian Ocean. Published by the French publishers Gallimard and Grasset, she has won numerous literary prizes. Her writing is characterised by an inner violence and a harsh outlook on modern society, especially with regard to the status of women. Her characters are trapped by the contrary forces of society, religion, human cruelty and the seismic faults of history. Their only recourse, in their solitary quest, is their lucidity and humanity. Despite the harshness of her themes, Ananda Devi brings to her writing a poetry and sensuality that shines a light in the midst of the darkness she explores. She has been translated in several languages and has received decorations from Mauritius, and also from France, with the title of Chevalier des Arts et des Lettres in 2010. In 2014 she received a major award from the Académie Française.