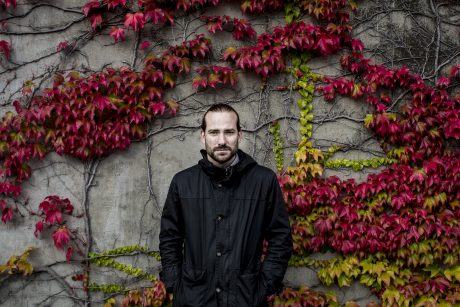 Andrzej Tichý was born in Prague, Czechoslovakia, to a Polish mother and a Czech father. He has lived in Sweden since 1981, currently in Malmö. Tichý has studied Art History, Cultural Studies and Literature at the Universities of Lund and Malmö. He writes reviews and columns in the Swedish daily newspaper Sydsvenska Dagbladet, and frequently publishes fiction as well as non-fiction in cultural/literary journals like Pequod, Glänta, Ord & Bild, Kritiker and
OEI. Tichý is a very literary writer – his stylistic descriptions of alienation and philosophical ideas are fresh and raw. He is widely recognised as one of the most important novelists of his generation, successfully merging depictions of acute social and political issues with a vivid formal awareness. In 2006, his first novel Sex liter luft (‘Six Litres of Air’) received the prestigious Borås Tidnings Debutant Prize and in 2009 his second novel Fält (‘Fields’) was shortlisted for the Nordic Council’s Literary Award, and nominated as a Swedish Radio Novel of the Year. He was also awarded a grant from the Swedish Academy. In 2016, his latest novel Eländet (‘Wretchedness’) was shortlisted for the August Prize. It was published in English translation by Nichola Smalley for And Other Stories in September 2019.