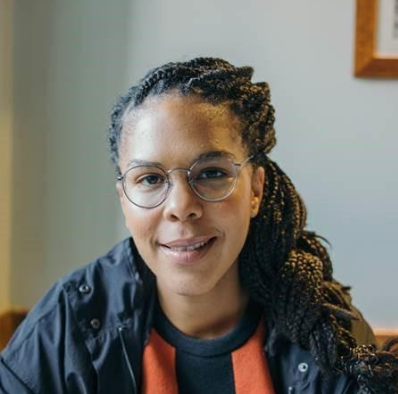 Djaimilia Pereira de Almeida, born in Angola in 1982, is one of the rising stars of Portuguese Literature. She graduated from Nova University of Lisbon in Portuguese Studies before obtaining her PhD in Literary Theory from the University of Lisbon. Her first novel, Esse Cabelo was published in 2015 and the following year received a Prémio Novo for Literature. From the outset, her work has sought to broach important social issues. While Esse Cabelo uses hair as a vector to explore ideas of colonialism, race and gender, her second book, Ajudar a Cair (Help falling), provides essayistic portrait of a community with cerebral palsy. Her third book, Luanda, Lisboa, Paraíso was the recipient of numerous prestigious awards including the 2018 Prémio Literário Fundação Inês de Castro, the Prémio Literário Fundação Eça de Queiroz and the 2019 Prêmio Oceanos.
Her last book published in English was That Hair (Tin House, 2020).