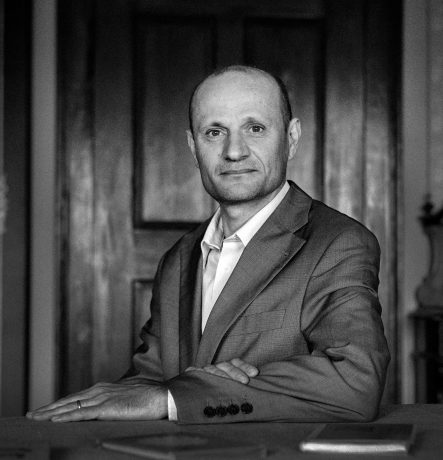 Dušan Šarotar (1968) is a Slovenian writer, poet, screenwriter and photographer. He also writes plays for puppet theatre. He studied Cultural Sociology and Philosophy at the University of Ljubljana, Slovenia. He has published five novels, two collections of short stories, three poetry collections and book of essays. He is also author of fifteen screenplays for documentary and feature films. His short film, Mario was Watching the Sea with Love, based on author’s short stories from the collection Blind Spotand his screenplay, won the Global Short Film Award 2016 in New York and the First Prize for the Best Short Film in category of Central and East European film selection in Ningbo, China. His novels Panorama and Billiards at the Hotel Dobraywere shortlisted for the Kresnik Award – a literary award for the best novel in Slovene. Novel Panoramawas also shortlisted for the Oxford-Weidenfeld Prize for Translation 2017and nominated for the Dublin Literary Award 2018, and won Cesar-Lopes Quadras Prize 2017for the best novel of the year upon readers in Mexico. His works have been included into several anthologies and translated into English, Hungarian, Spanish and French, Russian, Polish, Czech, Italian and Hebrew. Šarotar has also had several photographic exhibitions at home and abroad. Photographs from his Souls Seriesare included in the permanent collection of the Art Gallery of Prekmurje, Slovenia.