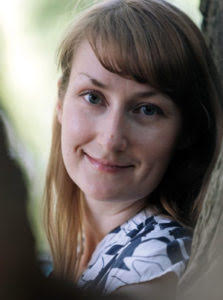 Emmi Itäranta (b. 1976) was born in Tampere, Finland, where she also grew up. She holds one MA in Drama and Theatre Studies from the University of Tampere, and another from the University of Kent, UK, where she began writing her debut novel Memory of Wateras a part of her Creative Writing masters degree. She later completed the full manuscript in both Finnish and English.

The novel won the Fantasy and Sci-fi Literary Contest organised by the Finnish publishing house Teos. It was published to enthusiastic reviews in Finland in 2012 under the titleTeemestarin kirja. In 2015 the English language version,Memory of Water, was nominated for the Philip K. Dick award in the US and the Arthur C. Clarke award in the UK. Translation rights to the award-winning novel have been sold in 21 territories to date.

Itäranta’s second novel Kudottujen kujien kaupunkiwas published in 2015, and it won her the Tampere City Literary Award. In the UK the novel is known as The City of Woven Streets, and in the US as The Weaver. Itäranta’s professional background is an eclectic blend of writing-related activities, including stints as a columnist, theatre critic, dramaturge, scriptwriter and press officer. She lives in Canterbury, UK.