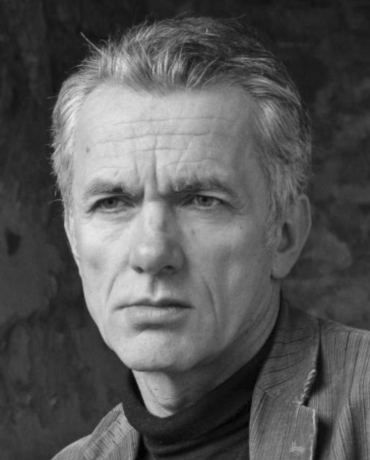 Ferenc Barnás was born in 1959 in Debrecen, Hungary. From 1982 until 1988 he attended universities in Debrecen, Budapest, and Munich, graduated from Eötvös Loránd University (ELTE) in 1988 with MA degrees in Hungarian language and Literature and Aesthetics. In 1991 he earned his doctoral degree at ELTE with a dissertation titled The World View of Hermann Hesse. From 1988 until 1994, he taught literature, philosophy, and aesthetics in secondary schools for the arts in Budapest. From 1990 until 1992 he worked as an instructor of music aesthetics at the Department of Cultural History, ELTE. From 2000 until 2015 he worked as a museum attendant. He is also a freelance writer since 1994. He currently lives in Jakarta.

His works have been translated into English, French, German, Czech, Croatian, Serb, Indonesian.

His novel, The Parasite was published in English in 2020 for the first time, in Paul Olchváry’s translation from Seagull Books.