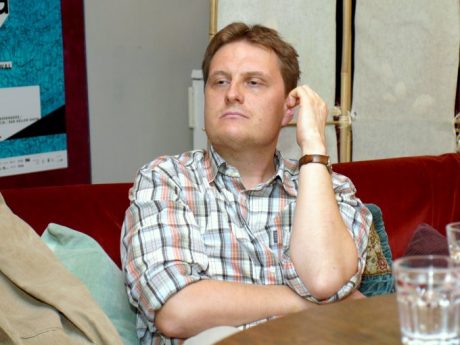 Jacek Gutorow(b. 1970) is one of Poland’s premier poets who are also searching critics and trailblazing translators. His award-winning publications of poetry and prose, parts of which have been translated into German, Lithuanian, Bulgarian, Belarusian, Ukrainian, Czech, and Slovak, include over a dozen titles. Among the poets and writers he has written on or translated are Wallace Stevens, John Ashbery, Charles Tomlinson, Geoffrey Hill, Simon Armitage, Mark Ford, Jacques Derrida, Hannah Arendt, Martin Heidegger, Edward Said, Hans-Georg Gadamer, Franz Kafka, and Marcel Proust. Indeed, his engagement with all three activities has made him a highly respected scholar and writing artist whose voice, both erudite and fiercely independent, bears the mark of someone engaged in the literary conversation spanning multiple traditions, time periods, and languages. He is a professor of British and American literatures at University of Opole. His first collection of poems translated into English, entitled The Folding Star and Other Poems, appeared in 2012 from BOA Editions, as a Lannan Translations Series Selection. His new collection of poems, Invisible, translated by Piotr Florczyk, will be published by Arc Publications in 2020.