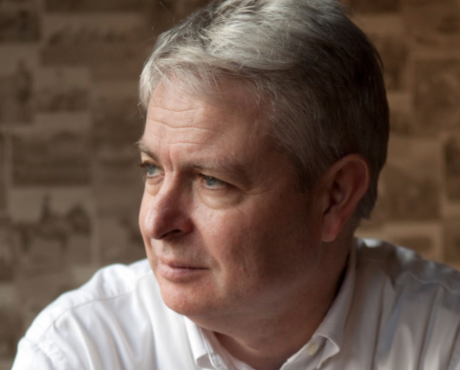 Jonathan Coe is an English novelist, and one of France’s favourite English-language writers in translation – partly because of the underlying preoccupation of his work with political issues and social satire. His fourth novel What a Carve Up! won the John Llewellyn Rhys Prize and the Prix du Meilleur Livre Étranger in France, just 25 years ago this year, and The House of Sleep won the French Prix Médicis. After Number 11, translated into French as Numero 11: Quelques Contes sur la folie des temps, Jonathan Coe’s latest book is Middle England, a state-of-the-nation novel turning back on the 2010 coalition government, the subsequent 2011 riots, the 2012 Olympics, all the way to the Brexit referendum. Middle England follows on from The Closed Circle (2004), the sequel of The Rotters’ Club (2001).