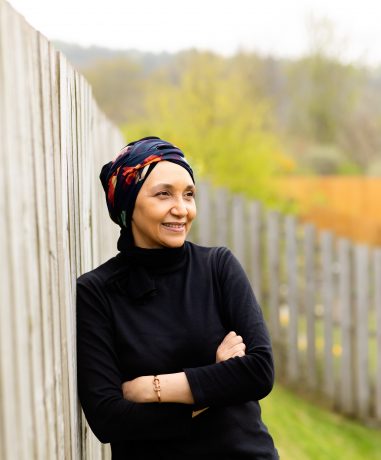 Leila Aboulela was born in Cairo, grew up in Khartoum and moved in her mid-twenties to Aberdeen. She is the author of five novels, Bird Summons, The Translator, a New York Times 100 Notable Books of the Year, The Kindness of Enemies, Minaret and Lyrics Alley, Fiction Winner of the Scottish Book Awards.  Leila’s work has received critical recognition and a high profile for its distinctive exploration of migration and Islamic spirituality. She was the first winner of the Caine Prize for African Writing and her story collection, Elsewhere, Home won the Saltire Fiction Book of the Year Award. Leila’s work has been translated into fifteen languages and she was long-listed three times for the Orange Prize. Her plays The Insider, The Mystic Life and others were broadcast on BBC Radio.  She is Honorary President of the Society for the Study of the Sudans and a Fellow of the RSA.