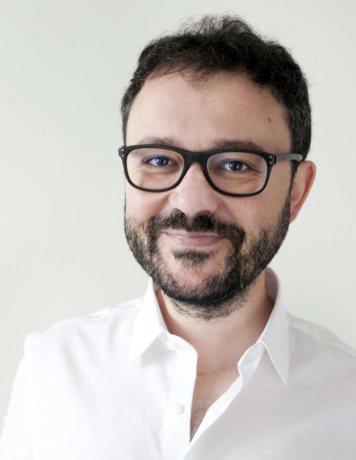 Riad Sattouf is a French cartoonist, comic artist, and film director. Born in Paris in 1978, to a Syrian father and French mother, he spent his childhood in Libya and Syria, then returned to France to spend his teenage years in Brittany. He studied Applied Arts in Nantes and then animated films in the Gobelins in Paris. He won two times the Fauve d’Or best album of the year at the Angoulême festival, in 2010 for Pascal Brutal 3 and then in 2015 for The Arab of the Future. Riad Sattouf’s seriesThe Arab of the Future has been sold to more than 2 million copies and published in 22 countries; including in the United Kingdom by Two Roads. He also worked for the satirical French weeklyCharlie Hebdo for ten years, from 2004 to mid-2014, publishing drawing boards of one of his major works La vie secrète des jeunes. Since 2014, he has published Les Cahiers d’Esther in weekly French news magazine L’Obs. Allary Éditions released the first collection in 2016 and two others has been published since then. Sattouf is also known as film director and especially for his award-winning filmLes Beaux Gosses (The French Kissers).