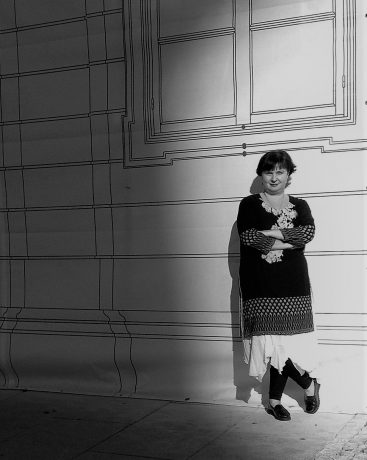 Ruxandra Cesereanu is a poet, essayist, short story writer and novelist, also known as an analyst in mentalities. The author of several prose and poetry books, Cesereanu is noted for her lyrical depictions of femininity and eroticism, many of which have attracted critical acclaim in Romania and abroad. Cesereanu is a member of the Romanian Writers’ Union, Romanian PEN Club, and the Echinox Cultural Foundation. She is also a member of the Center for the Study of the Imaginary of the “Babeş-Bolyai” University in Cluj. Cesereanu is the recipient of several prizes for poetry, fiction and essay. She was included in Who’s Who in Contemporary Women’s Writing(Routledge, 2001) and The Columbia Literary History of Eastern Europe since 1945(Columbia University Press, 2008), and has also participated in producing a pair of experimental co-authored books: Forgiven Submarine, written together with Andrei Codrescu (Brumar, 2007), translated in English in 2009 by Andrei Codrescu (Black Widow Press, USA); and The Otherland, written together with Marius Conkan (Cartea Românească, 2011). Her most notable novels are The Birth of Liquid Desires(2007), Angelus(2010) and One Sky Above Them(2013).