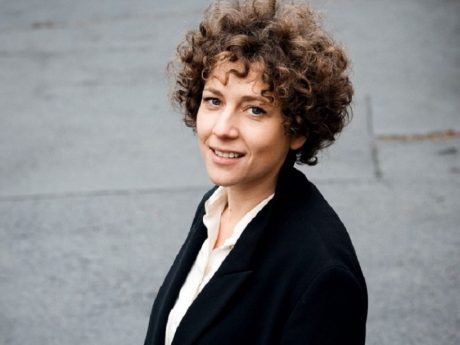 Sasha Marianna Salzmann was born in Volgograd in 1985 and grew up in Moscow. In 1995, she emigrated with her family to Germany, studied Literature, Theatre and Media at the University of Hildesheim, and Creative Writing for the Stage at the Berlin University of the Arts. Since 2013, Salzmann has been an in-house writer for the Maxim Gorki Theatre in Berlin.

During her stay in Istanbul as fellow of the Tarabya Cultural Academy 2012/13, Sasha Marianna Salzmann began writing her debut novel Beside Yourself, which she completed in the following years and during her regular stays in Turkey.