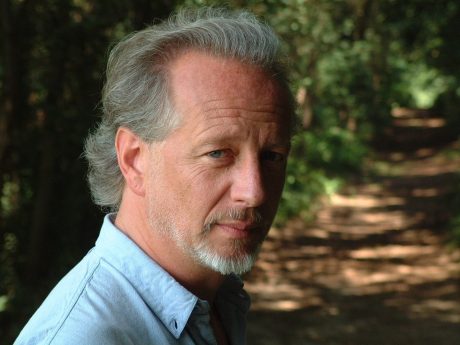 Stefan Hertmans’ (1951) biography reads like a ‘bildungsroman’: from teacher to jazz musician to professor and writer’s writer to Belgian State Prize Laureate and major international success. He has published novels, short stories, essays on literature and philosophy, plays and poetry.

While Hertmans’ work had attracted since the publication of his first book in 1981 a faithful but limited readership, his breakthrough came in his 62ndyear with Oorlog en terpentijn (War and Turpentine, 2013). An immediate classic, it was chosen as one of the 10 Best Books of 2016 by The New York Times and traveled the world with more than 20 translations. In Flanders and the Netherlands alone, the book sold more than 200,000 copies. In 2016 his novel De bekeerlinge (The Convert), a love story against the backdrop of religious wars and refugees in the Middle Ages, was published. Also this book has travelled to many countries – the rights are sold to eleven so far. The English translation will be published in late spring or early summer of 2019.